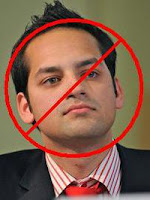 Today the NUS refused to support a day of action and a London demonstration against the scrapping of EMA, higher fees and cuts that has wide student and trade union backing – including from UCU, Unite the Union, GMB, National Campaign Against Fees and Cuts, Education Activist Network, London Student Assembly and the Free Education Campaign.

The Save EMA: National Student Strike Day of Action taking place on the 26 January and the National demo – No fees, No Cuts! Defend Education and the Public Sector taking place on the 29 January are both key opportunities for students and the wider public to mobilise in our thousands in opposition to the Tories’ assault on students and the welfare state.

However, the NUS President Aaron Porter led a majority of the NUS NEC to vote against supporting these actions.

“NUS NEC votes against supporting London Demo on the 29th Jan. 13 for supporting and 22 against”

“Sickened by out of touch NUS NEC. Told Aaron Porter to resign, he opposes students. My amendment pro a militant NUS is being discussed now.”

That we need an NUS leadership willing to lead the fight against Tory cuts could not be clearer.

It is no wonder that the ‘It is time to go Aaron Porter - we need a fighting NUS’ campaign is gathering momentum.

With or without the support of NUS the fight back against the Tories must continue.

Please get involved in promoting the next day of action and two demonstrations:

Wednesday 26th January, 12noon – 6pm
SAVE EMA: National Student Strike Day of Action – London event is from your school or college to Trafalgar Square to various after actions. Facebook event for further details.